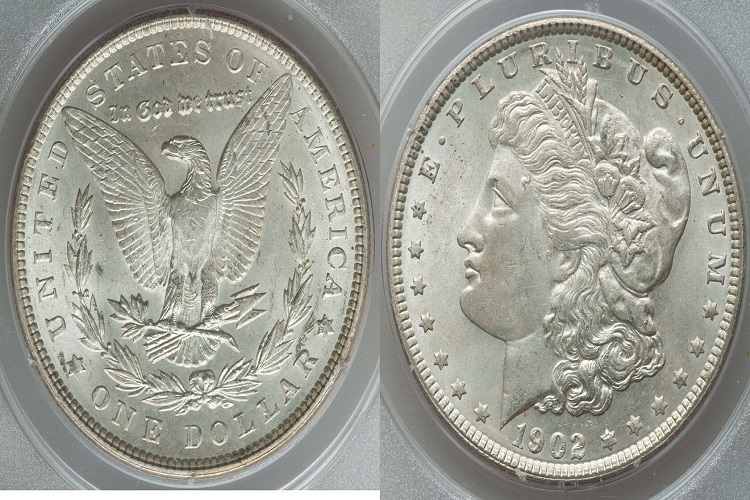 90% silver and 10% copper compose this silver dollar. The coin is worth around $20.47 based on its silver content alone. Minted from 1878 to 1904 and then in 1921, the original design of this coin was for a half dollar. The die needed to be larger so the words “half-dollar” became “one dollar.” George Morgan designed the coin so it became Morgan silver dollars.

This coin has an average value of $48. A certified mint state of this coin can be worth up to $425,500. It has no mintmark. It is still worth around $28 more than the intrinsic value from silver content of $20 even in poor condition. That is why it is valuable to a collector.

The estimated average value of this coin is about $6,492. One in certified mint state can have a value of up to $300,000. It bears S as its mint mark. There were only 100,000 of these coins issued. Even in poor condition it can still be valuable. It will be worth as much as $6,471 more than the intrinsic value from silver content of $20. It is a better long term investment for collectors.

Insight Into Tips To Choose The Best Property Management Software

The Types of Screening You Might Need to Get and Keep...

Transforming the Procurement Process Through RPA

How to Become a Real Estate Agent

Our Guide To Translation Services

Step Up Your Marketing Game: How Bulk SMS is Winning Over Audiences Easier

How To Safely Use a John Deere Trailer Hitch Attachment